The Economy Under the Weight of the Coronavirus 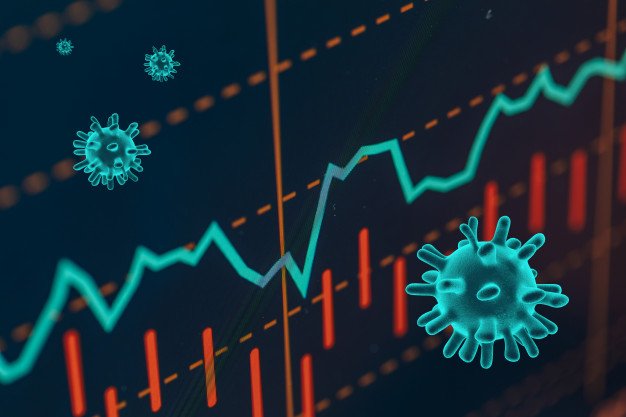 As the US rises to the third most infected country in the world, many people around have put themselves in quarantine and self-isolation. As millions of people are choosing to stay inside instead of going out, many businesses have been shutting down, mainly small locally owned businesses. So what does this mean for the US’s economy?

Social distancing is an economical distancing, in order to slow a pandemic we are in a way causing a recession. What we have is an output gap, the difference between what the economy could produce and what it is currently producing. The solution is simple, fill the gap with money. If the customers and consumers won’t spend then the government should spend so it creates the economic demand necessary to push the economy back to its normal form. But this isn’t a just an output gap that can be fixed with money. We are having physical damage to the economy, the US is losing its workers, factories, machines, land, and even knowledge. Millions of workers are being forced into quitting and staying inside. On Friday, Goldman Sachs projected a gross domestic product (or GDP, a measure of the size of the economy) would fall at a 24 percent rate in the second quarter of the year. A senior Federal Reserve official believes that unemployment could rise up to 30%.

The Road to Recovery

The United States is already falling to a sharp economic decline, it will persist as long as businesses aren’t allowed to open and people are not able to work. At some point, the government will lift their restrictions and the economic block of ice will begin to thaw. As restaurants reopen, workers are rehired, and people start spending money on things they couldn’t during the freeze the economy would grow at a much faster rate than it normally does. Economists call that a “V-shaped” recovery. But it could go very wrong, there several ways to try and avoid that.  Steve Hamilton, an economist at George Washington University is a loud voice for the advocacy of strong assistance to small businesses wants banks to offer loans to cover the lost revenues for small businesses and for the federal government to forgive the loans if the companies don’t lay off workers. But a plan like this would be very expensive, $1 trillion or more. A $300 billion loan program such as Senate Republicans proposed would be inadequate.

Joseph S. Vavra, an economist at the University of Chicago Booth School of Business, told the New York Times this, “I don’t think what we’re trying to do is to get people to go out and shop, what we’re trying to do is to provide some assistance to households so they can sit at home and don’t have to go out and shop.” The government will be spending big and asking individuals to make personal and economical sacrifices, but for now, we’ll just have to stay home and sit and wait.