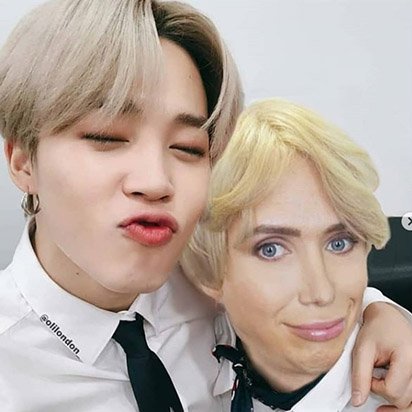 Meet Oli London. He is a 30-year-old man who has spent over $150,000 to look like Jimin from the popular K-Pop group, BTS. Over the course of 7 years, he had over 15 cosmetic procedures to look like his idol. Oli described K-Pop stars as “perfect.” He tries to look like Jimin not only through cosmetic procedures, but also through his lifestyle and clothing choices. To add to the whopping $150,000 he spent on procedures, Oli spent thousands and thousands of dollars on outfits that Jimin has worn. Some notable clothes he purchased are a $7,600 coat and a $675 Robert Cavalli shirt worn by Jimin. Back in June of 2019, Oli London actually went to Korea to get more procedures done by a Korean plastic surgeon.

Before all of this started, he was a seemingly normal man who had moved to Korea for a short while. During this time, BTS or 방탄소년단 first debuted. From then on, Oli was hooked. He loved the look, the lifestyle, and the aesthetics of K-Pop. In an interview from Barcroft TV, he said, “I know some people don’t understand plastic surgery
but it’s certainly become a lot more normalized around the world and, at the end of the day, I’m doing what makes me happy, I’m following my dreams,” This is just the tip of the iceberg. In January of this year, 2020, Oli London married a cardboard cutout of Jimin on live TV. It was aired by DailyMail, and he told them, “’ I don’t know what else I can do next. It’s the happiest day of my life,’ he added. ‘I can almost cry.’” The wedding was held in Las Vegas and was complete with an Elvis Presley impersonator. The ceremony included Oli attempting to feed Jimin’s cutout champagne and cake. The marriage certificate was signed by Oli twice, but one signature he signed as ‘Jimin’.
Due to the bizarre nature of his actions, he has been featured on the infamous show, Dr. Phil. He has also been on Botched which is an American reality show in which people with botched surgeries visit Dr. Dubrow and Dr. Nassif who conduct surgeries to fix the ones that have gone wrong. On the Dr. Phil Show, Oli describes this as a “facade.” He told Dr. Phil, “Deep down I’m sad about myself, like, I’m always trying to change myself, and I never feel good enough, you know, when I look into the mirror, I never feel beautiful.”

In the end, Oli London is an extreme example of a big underlying problem in our society. The desire to be perfect and to emulate our role models, even if it is not as extreme as Oli. He also demonstrates the downfall of being your own harshest critic and feeling uncomfortable in your own skin. This does not rationalize his actions, but shows there is another side to Oli’s extravagant story. He is human, just like anybody else. It is crucial that we try to understand Oli instead of blindly hating and shaming him, because, in the end, doesn’t everyone have a bit of someone like Oli London inside of them?

Singer-songwriter Yerin Baek is Coming to Denver on December 9th

BTS wrote another K-pop history at one of the most prestigious music awards in the United States. The group...
Read more
뉴스