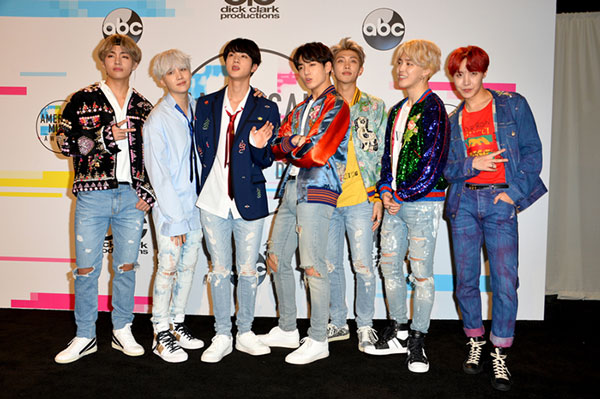 BTS dominated The 2021 MTV Europe Music Awards with the most wins.

Now that The 2021 MTV Europe Music Awards (EMAs) is all said and done, one name definitely stands out from the rest as the true champions. BTS have won the most trophies at this annual ceremony, taking 4 prizes home. The group came into the night with four chances to win, and they did not miss a single opportunity: Best Group, Best Pop, Biggest Fans and Best K-Pop.

The prestigious annual event took place in Budapest, Hungary on November 14th where many big stars of the music industry participated. The world-famous boy band shined the brightest as they grabbed four awards, only followed by Ed Sheeran who won two honors. The British singer-songwriter Ed Sheeran claimed the most coveted Best Song for “Bad Habits” and Best Artist.

Hence, BTS has swept four MTV EMA awards in total for the second consecutive year. Last year, BTS competed for Best Pop for their single “Dynamite,” and while they won the category this time around, it was not for a specific song. Moreover, starting with their first proud moment in 2015, BTS have now won 14 EMAs in total. They have managed to collect at least one prize every year they have been nominated, except for the very first time which was way back in the year 2014. Typically, they take home more than one award, and now 2021 ties 2020 as their biggest year yet, with 4 awards apiece.

The annual MTV EMA was held in-person after an online version last year, but to many fans’ disappointment, BTS did not attend the ceremony in person. After a virtual 2020, the event was live from Papp Laszlo Budapest Sportarena in Hungary and aired on MTV in 180 countries around the world. The show drew inspiration from Budapest’s famous thermal spas and the Danube, the river that runs through the city, and featured a water theme with stages that appeared to be floating.

There were also gorgeous performances by OneRepublic, Maluma, Imagine Dragons, Maneskin, Griff and Girl in Red. YUNGBLUD closed the night with a performance of his latest single “Fleabag” which was replete with pyrotechnics and ended with him and his band trashing the stage. Meanwhile, a new K-pop girl group Aespa also managed to win big at EMAs as they were awarded for Best Korean Act category.

“We Will Do Our Best to Help the Korean Community” As introduced last week,...
Read more
뉴스